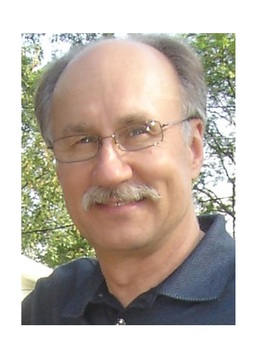 Having created two full-length musicals, Gary Sironen left his church duties behind for a weekend in Southern California to attend the Dramatists Guild National Convention. There he met his collaborator on Fable Us! The rest is musical history in the making. A versatile talent, Gary’s composed dozens of worship songs, choral anthems and liturgies as well as authoring short plays. He’s served as music director on high school and community theater productions, and his musical stage project REFORMATION is scheduled to premiere in 2017. If that’s not enough, he serves  as Secretary/Treasurer of the Grand Rapids Federation of Musicians. Given all that, it's fortunate Gary is supported by his lovely wife, Denise, who enables his passions and inspires his creativity.

YOU CAN ALSO FIND GARY SIRONEN ON THE WEB AT: